Prairie View A&M University, the first state supported College in Texas for African Americans, was established during the Reconstruction Period after the Civil War. This was an historical period in which political and economic special interest groups were able to aggressively use the Federal Government to establish public policy, in an attempt to "alter or reshape the cultural milieu of the vanquished southern states". The University had its beginnings in the Texas Constitution of 1876, which, in separate articles, established an "Agricultural and Mechanical College" and pledged that "Separate schools shall be provided for the white and colored children, and impartial provisions shall be made for both." As a consequence of these constitutional provisions, the Fifteenth Legislature established "Alta Vista Agricultural and Mechanical College of Texas for Colored Youth" on August 14,1876.

Enrollment of the First Students - 1878

The Board of Directors purchased the lands of the Alta Vista Plantation (1388 acres), from Mrs. Helen Marr Kirby, the widow of the late Col. Jared Ellison Kirby, for the establishment of the State Agriculture & Mechanical College of Texas for Colored Youth. The College was named "Alta Vista Agriculture & Mechanical College for Colored Youth". The A&M Board of Directors was authorized to appoint a President of A&M College and Alta Vista College with an assigned principal station at Alta Vista to administer the college's day to day affairs. Confederate President Jefferson Davis recommended Mr. Thomas S. Gathright of Mississippi, also from Mississippi and he brought Mr. L.W. Minor, of Mississippi to serve as Principal. Eight young African American men, the first of their race to enroll in a state-supported college in Texas, began their studies on March 11, 1878. 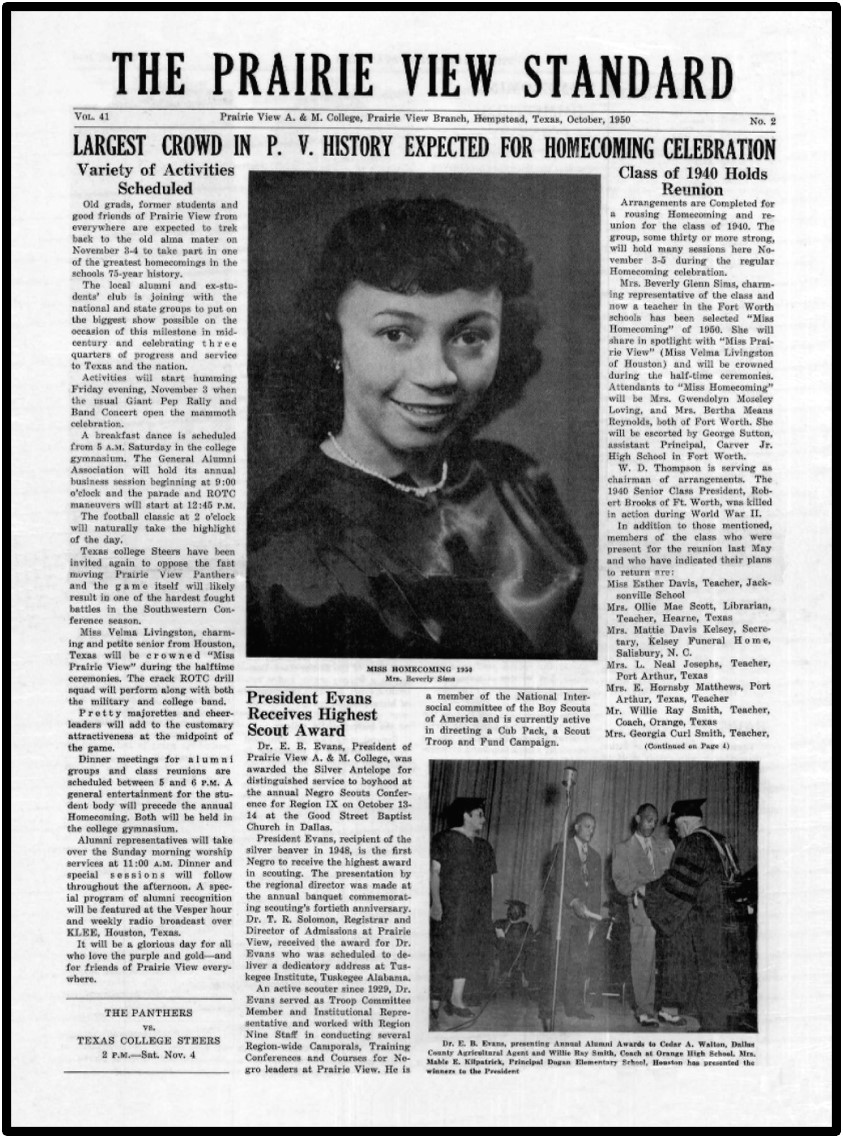 The PV Standard The PV Panther
The PVAMU Newspapers 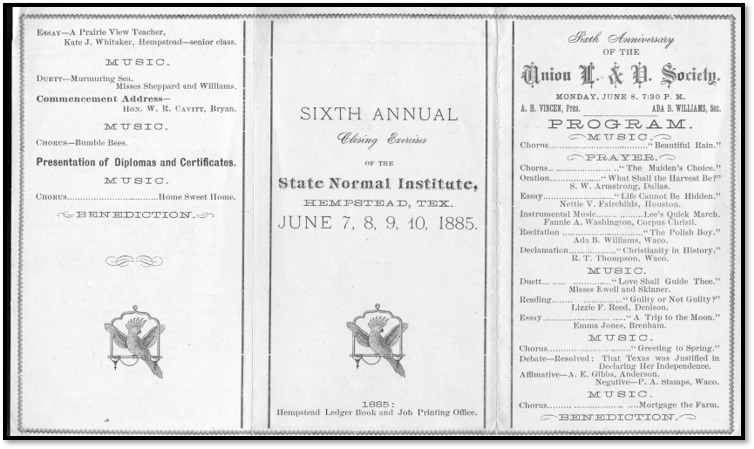 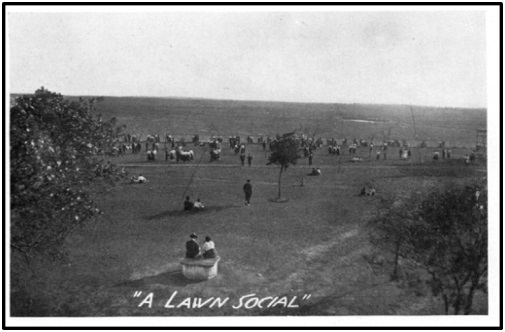 "A Lawn Social" from The Prairie yearbook 1917 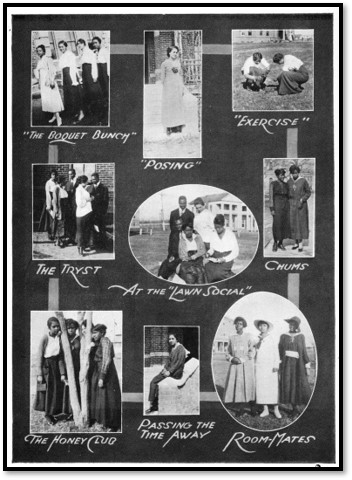 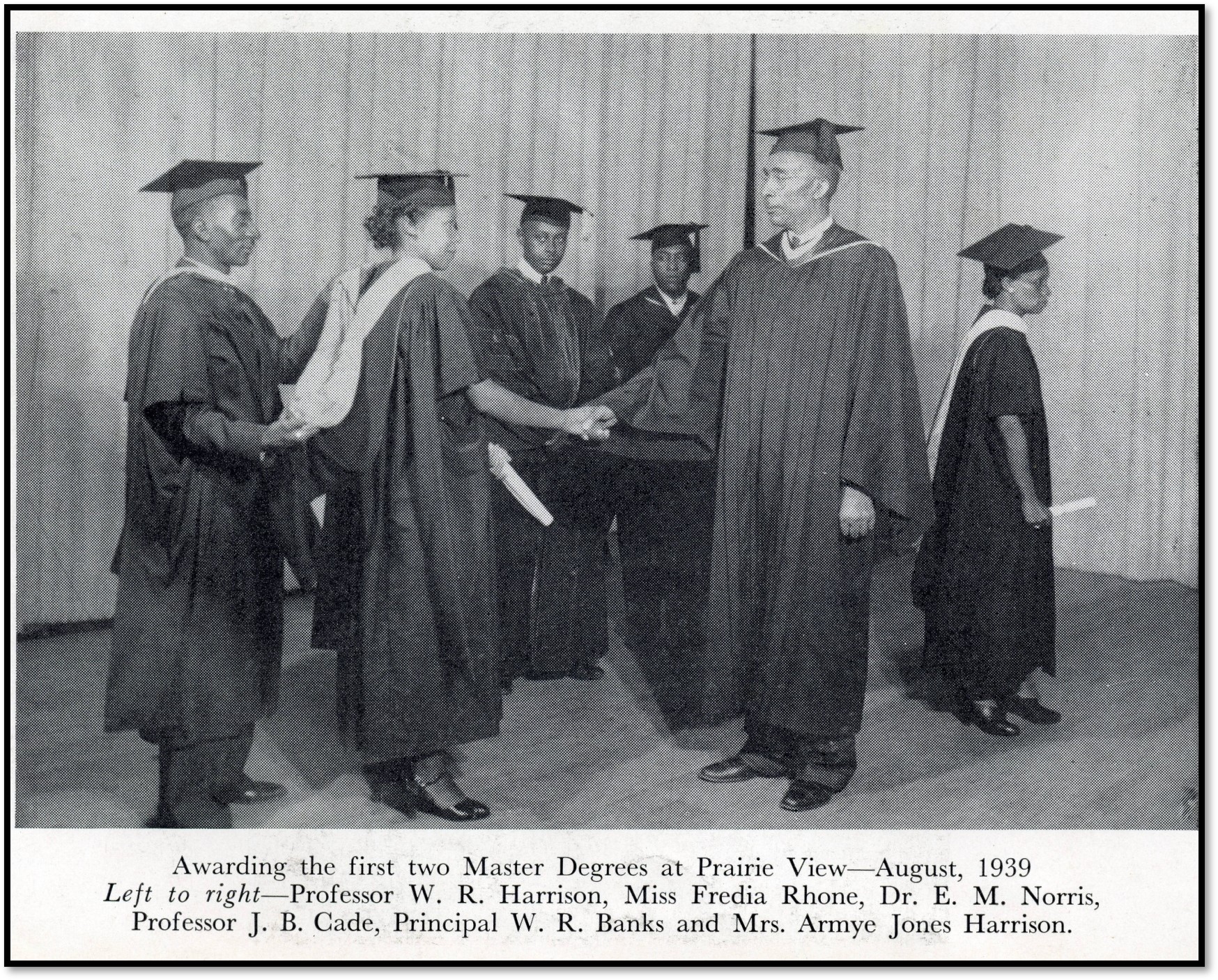 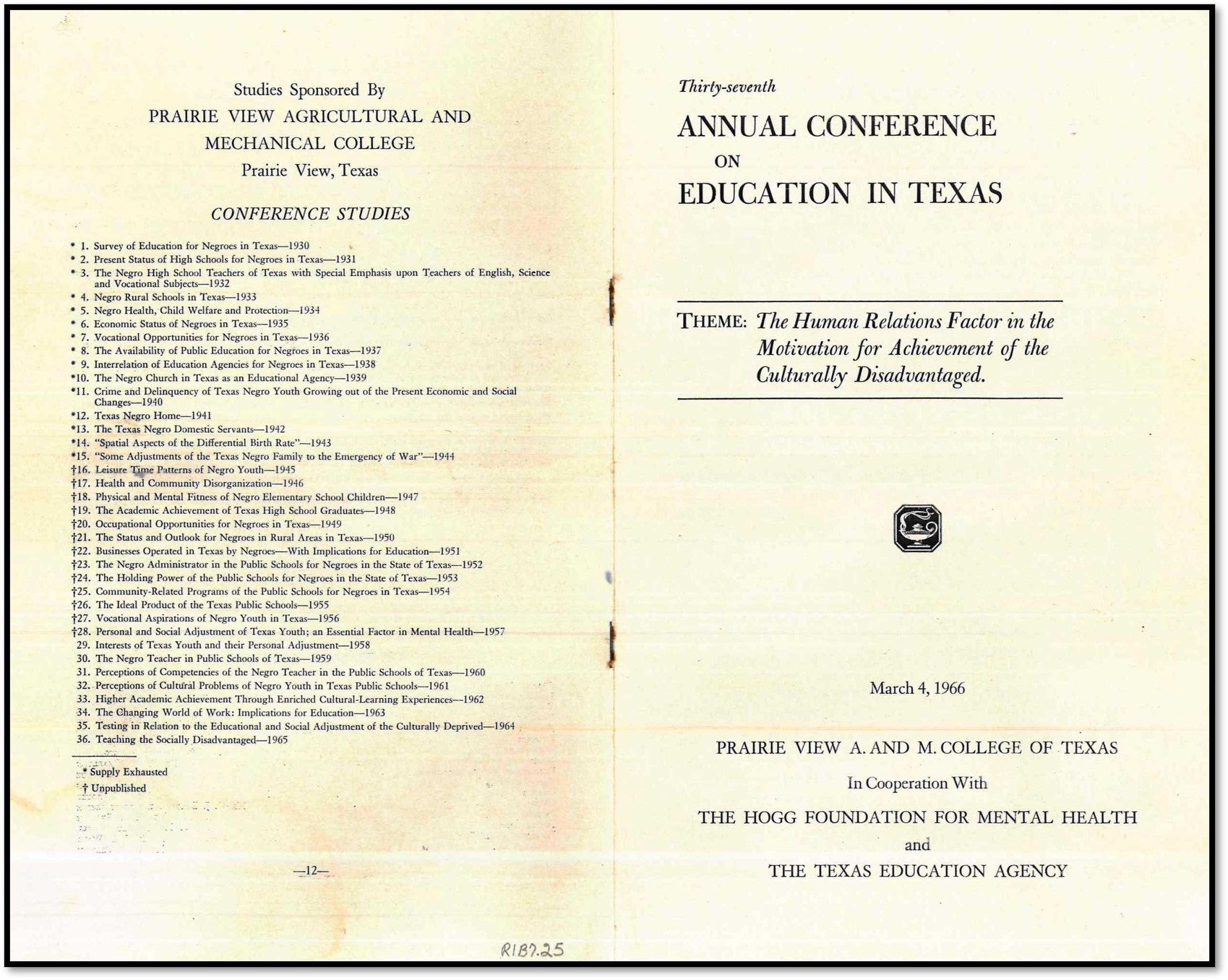 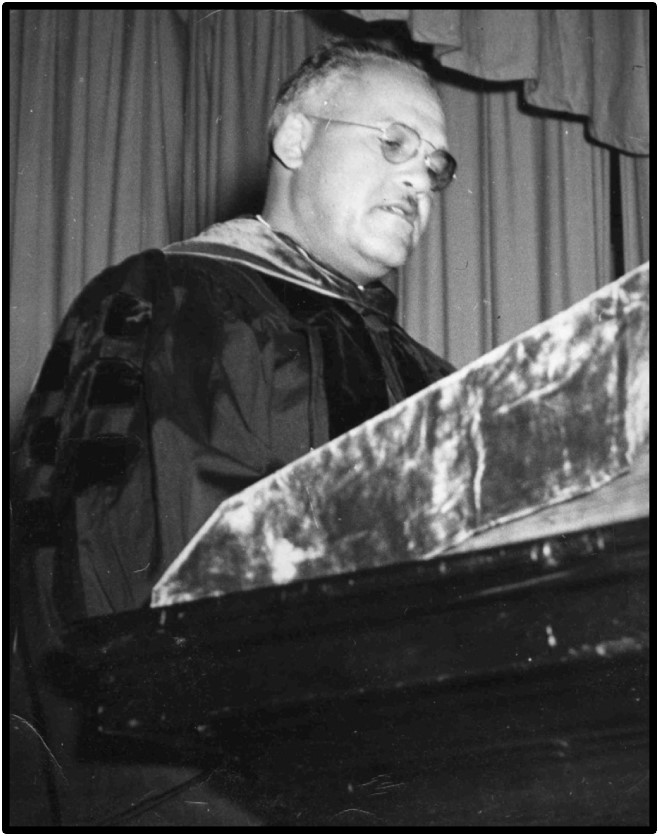 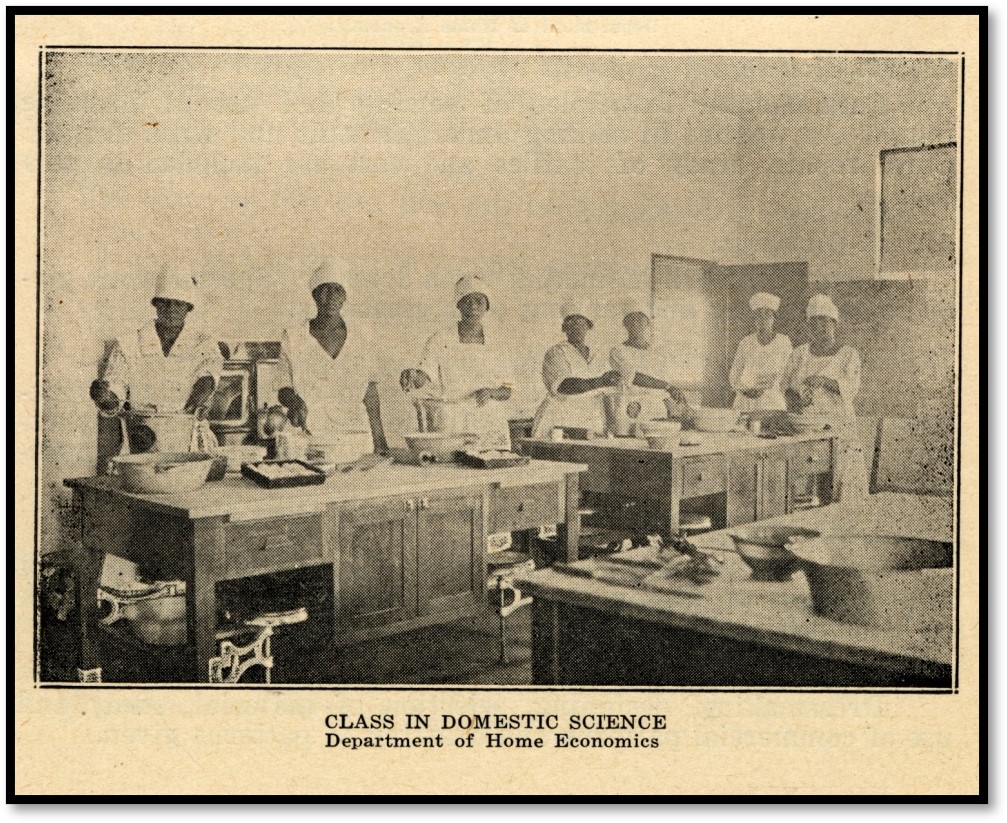 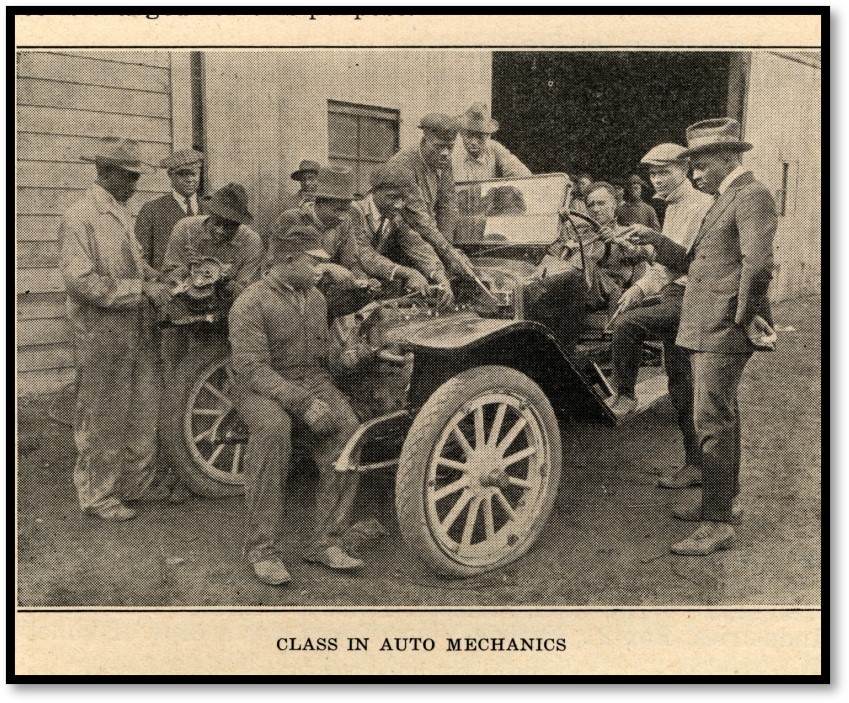 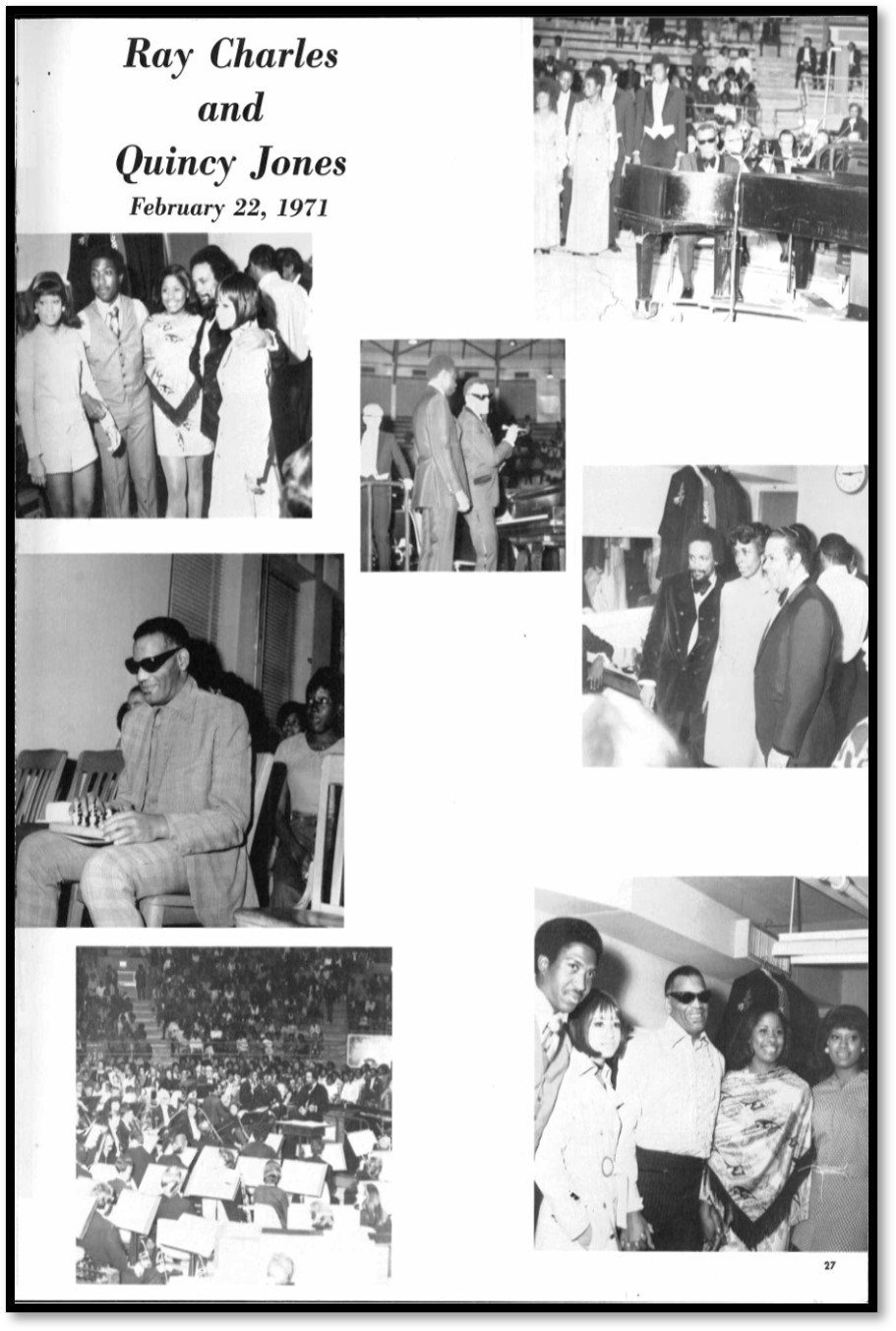 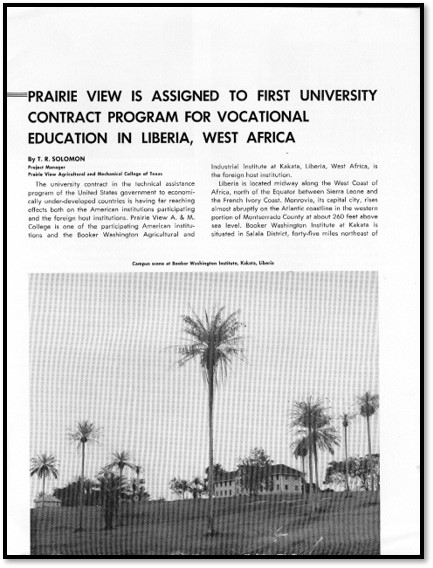 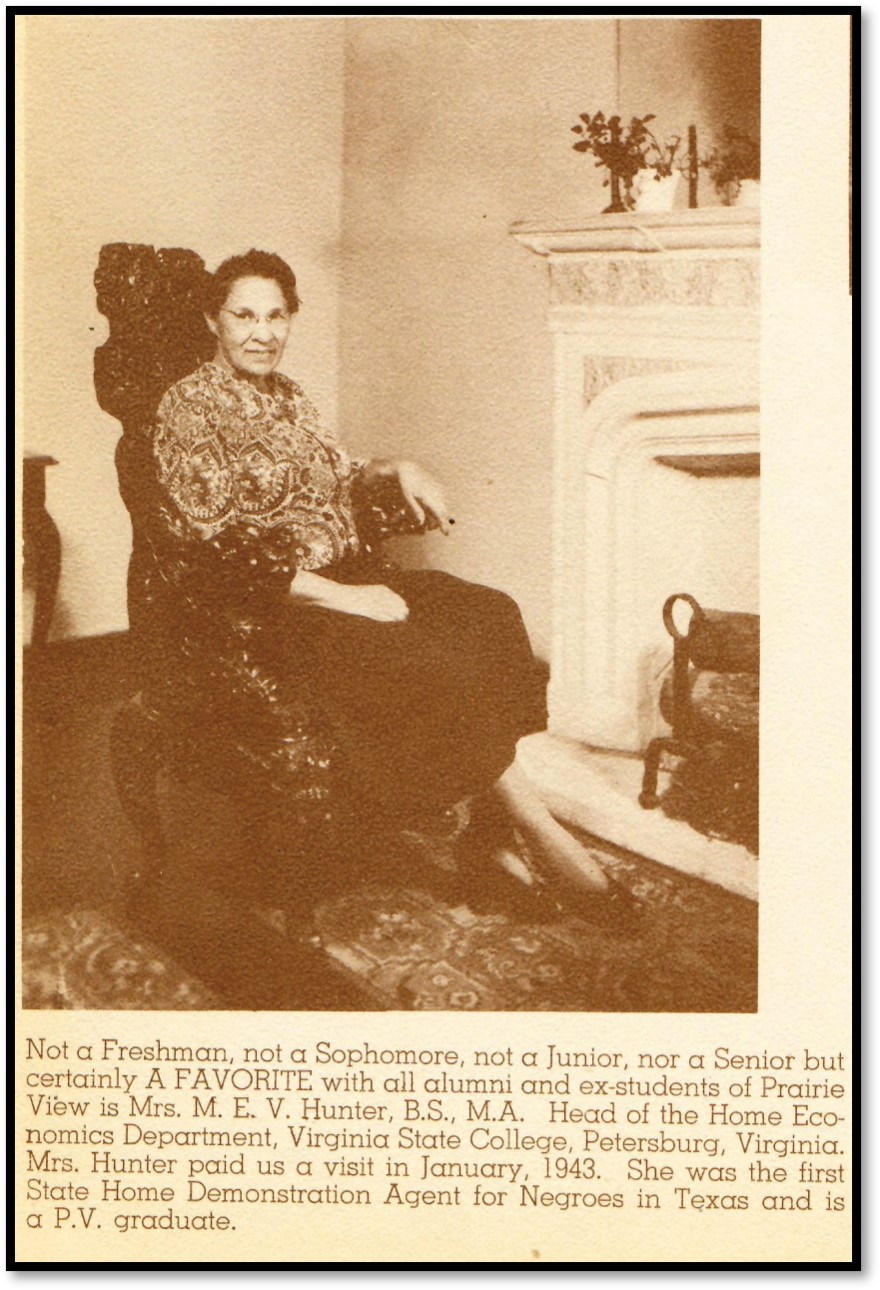 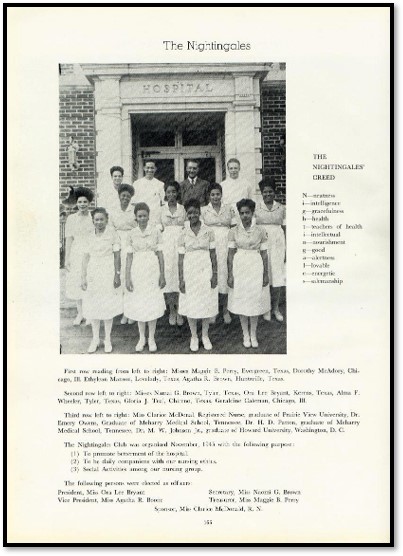 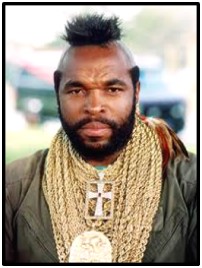 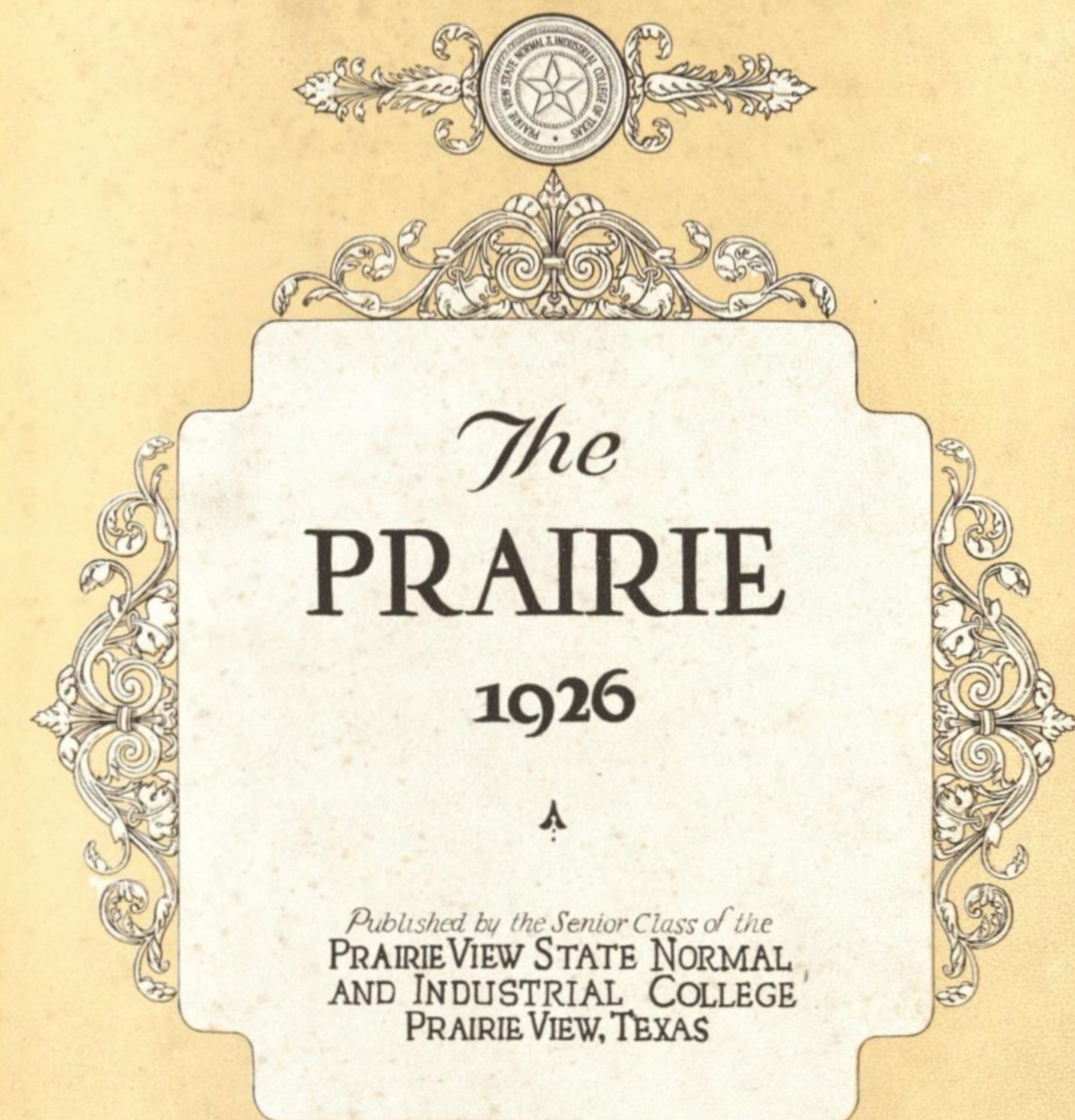 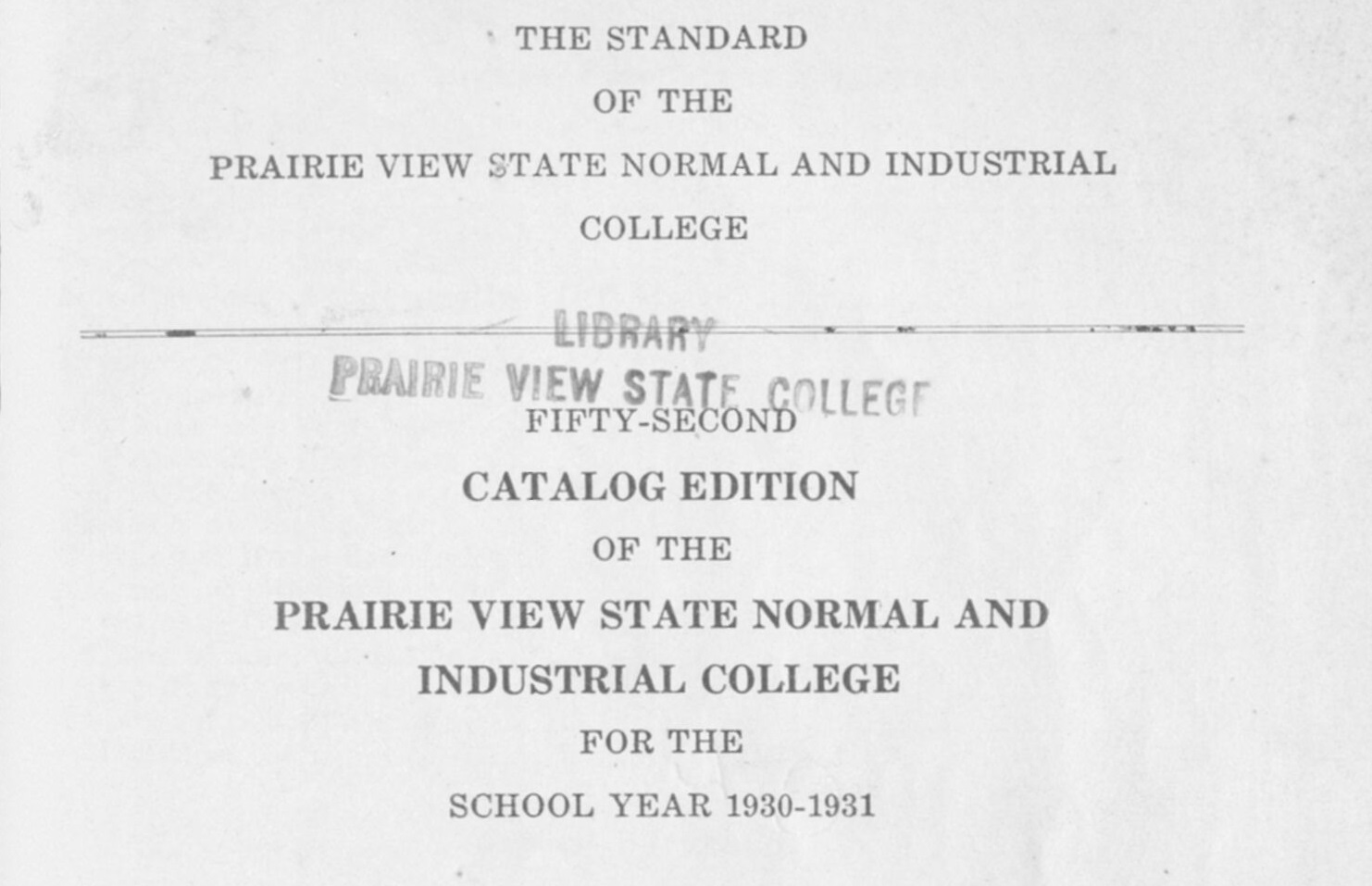 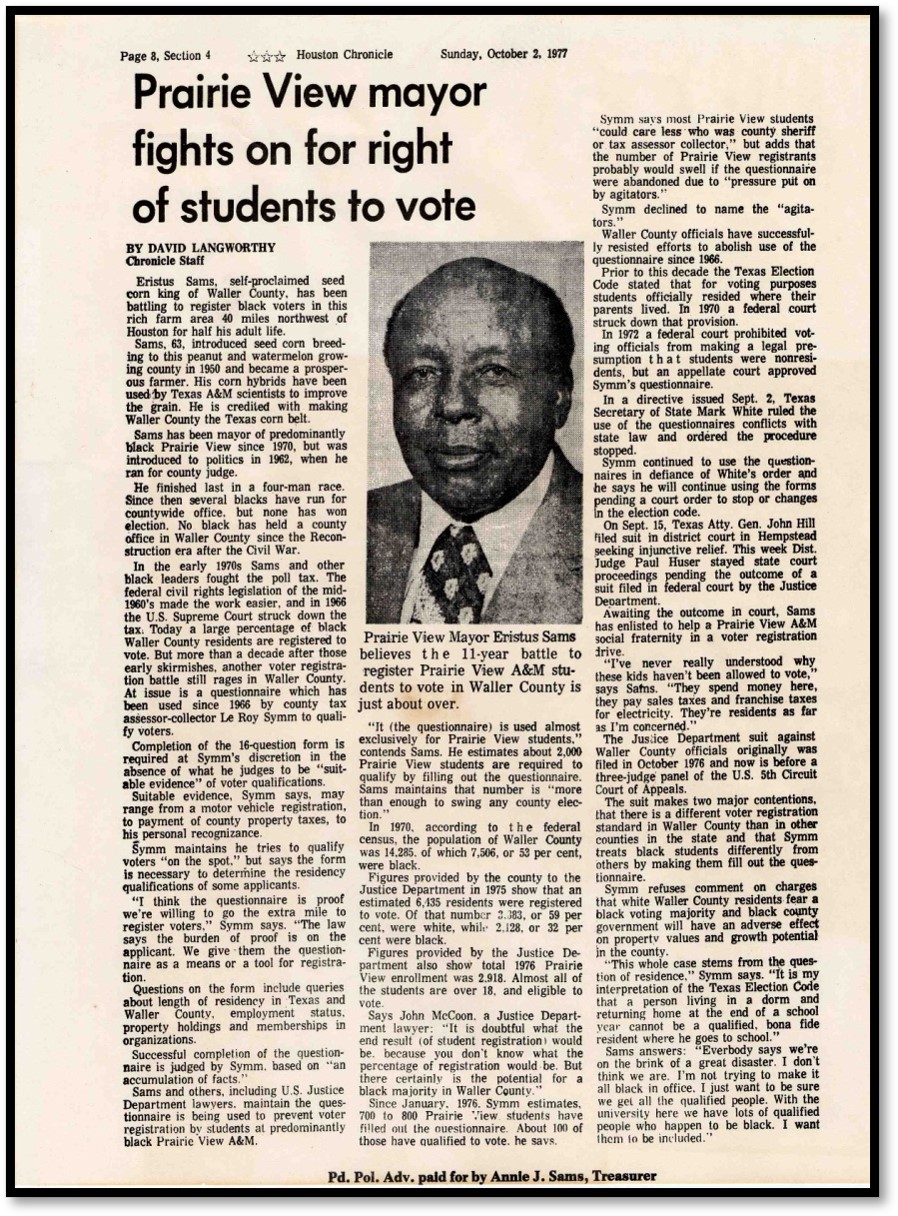 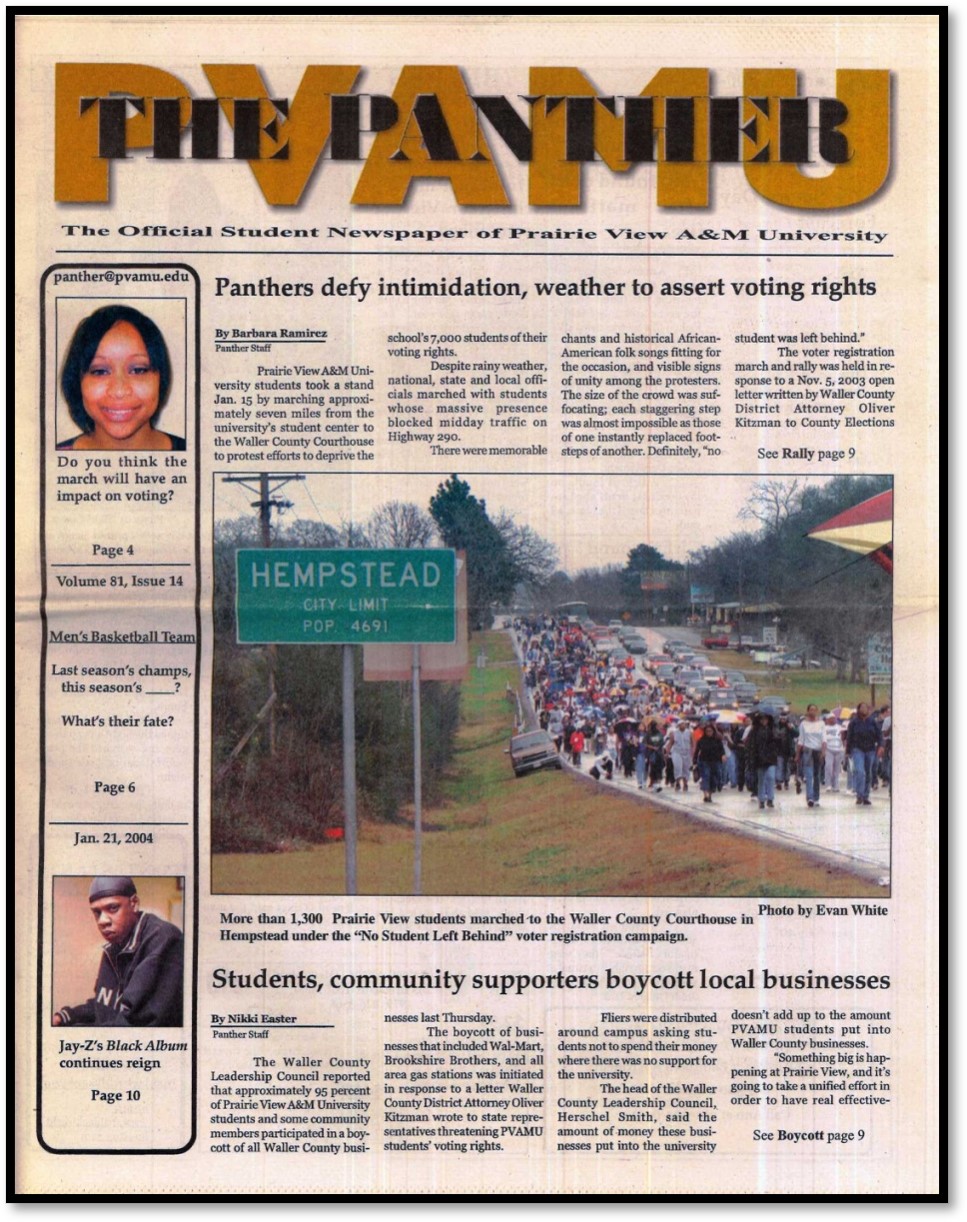 Phyllis Earles
She is the University Archivist at PVAMU. After earning a BA in Art Education at Grambling State University and an MLIS at the University of Michigan, Earles worked as a reference librarian at Houston Community College before accepting her current position as the official steward of PVAMU’s institutional history in 1998.

Dr. DeWayne Moore
He is a Lecturer of U.S. and Public History at PVAMU. He holds a master’s degree in museum and archival administration from Middle Tennessee State University, and he earned his Ph.D. in African American history at the University of Mississippi.