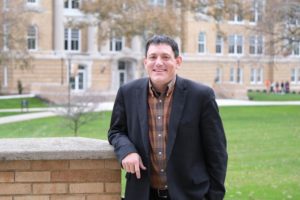 I am a Lecturer of US and Public History in the Division of Social Work, Behavioral and Political Sciences at Prairie View A&M University in Texas. The History Program provides effective instruction and advisement for undergraduate students, offers high impact academic services to the University and the community, and supports faculty research and publications, in accordance with the University’s mission and core values. The program also prepares students for graduate programs at leading universities and for employment in jobs related to the academic field of history.

I previously worked as an Assistant Teaching Professor in the Department of History at Bowling Green State University. There, I worked on the Graduate Committee and the Public History Committee as well as served as the department’s Digital Media Editor. I earned my Ph.D. from the Center for the Study of Southern Culture and the Department of History at the University of Mississippi, and I hold an M.A. from the Public History Program in the History Department at Middle Tennessee State University. I lectured and led seminars about Early and Modern American History, African American History, and Historical Society Administration, and I am committed to helping people connect the practice of history, community engagement, and education in inclusive and accessible settings.

I am also the Executive Director of the Mt. Zion Memorial Fund, a historical consulting firm and non-profit dedicated to promoting the standards of ethical and responsible museum practices regarding memorials to African Americans buried in abandoned cemeteries. These endangered burial grounds are some of the only cultural resources that remain as evidence of the African American church communities that once dotted the landscape of the South. Since I became involved in a lawsuit over one family’s access to a cemetery on private land in 2009, I have maintained several abandoned cemeteries by placing memorials on the unmarked graves of African American musicians and transforming them into international tourist destinations. Our work builds on the growing interest in memorialization practices by bringing to light the integral and visible role public memorials have played in the process of racial reconciliation. From the framework that regards public memorials as instruments of reparations that keep the past visible, we encourage students and the public to see memorials and cemeteries as active symbolic reparative tools for victims and their family members and other reconciliation efforts in American society. All of the memorials erected and maintained by the Mt. Zion Memorial Fund stand in bold contrast to the more prominent monuments to the Lost Cause.

In November 2019, I signed a book contract with the University Press of Mississippi, which plans to publish six of my essays (33,000 words) in Old Time Mississippi Fiddle Tunes & the Segregation of Sound—working title for second volume of Fiddle Tunes and Songs from the 1930s (Jackson, MS: University Press of Mississippi, 2015). In addition to mining digital archives and compiling primary source documents from county courthouses across the state to compose fresh and richly contextualized biographies about African American fiddlers and their families from slavery to the early recording era, I provided unseen documents and photographs for the essays of one of my co-authors, country music discographer Tony Russell, and I collaborated during the extensive field research process of the editor, Harry Bolick. My contributions to the monograph build upon the growing body of scholarship about the involvement of African Americans in country music (Charles Hughes, Country Soul: Making Music and Making Race in the American South) and the segregation of sound (Karl Hagstrom Miller, Segregating Sound: Inventing Folk and Pop Music in the Age of Jim Crow).

I am also passionate about the amazing possibilities for scholars who engage with digital archives and oral history. My forthcoming article in The Journal of Mississippi History focuses on African American politicians during Reconstruction. By mining digital newspaper archives and embracing the methods of historical archaeology, it offers compelling evidence that disproves the disinterment of Mississippi’s only African American Secretary of State James D. Lynch. In addition, my research detailing how the writers of the Mississippi Blues Trail silence the African American lived experience will be published in the Public Historian, the flagship journal of the field, in March 2020.

I also began exposing the myth of southern redemption through a love of Black music in “Revisiting Ralph Lembo: Complicating Charley Patton, the 1920s Race Record Industry, and the Italian American Experience in the Mississippi Delta,” an article published in the December 2018 volume of the Association for Recorded Sound Collections Journal. By demonstrating the powerful research potential of digital archives and re-examining oral histories from the 1960s, I not only restored the good name of an Italian immigrant and talent scout for southern musicians in 1920s Mississippi, but I also began a very rewarding collaboration with a group of ethnomusicologists, professional archivists, and the descendants of southern musicians. In the past year, we have discovered an amazing set of new documents (marriage licenses, death certificates, and United State Colored Troops pension records) that allowed us to reinterpret and challenge previously published scholarship about many artists. Later in 2020, the new music journal established by Third Man Records, out of Detroit, plans to publish a series of collaborative articles that detail our discoveries. Moreover, the sixth and final volume of the Frog Blues & Jazz Annual, published out of London, will feature more of our collaborative research that traces the influence of the accordion on the emergence of the Delta blues.

My current book project, tentatively titled “Forgotten in the Place it was Born and Raised”: A History of Mississippi Action for Community Education and the Origins of Blues Tourism in the Politics, Performances,  and Bicentennial Protests in the Queen City, examines the distortions of African American history and culture in the tourism narratives of the 1970s Mississippi Delta, how those narratives have affected policy decisions on the state level, and the ways that African Americans and others have attempted to resist and revise the popular narrative about the blues to educate and heighten the consciousness of African Americans.  My research also complicates the narrative framing of the movement and examines the practice of public history as a means to continue the black freedom struggle in the 1970s. By examining the ways that community activists in Mississippi Action for Community Education helped people on the lowest rungs of the social, political, and economic ladder, my research demonstrates how they picked up the mantle of the Mississippi movement and wrestled away from large corporations, private foundations, and federal agencies the tools required to combat poverty, empower communities, build wealth, and secure a share of the “American Dream.”  Though I am currently revising the manuscript for publication, the Southern Cultures journal, published by UNC Press for the Center for the Study of the American South, published one chapter, “Worth Westinghouse Long Jr.: Creating Dangerously in The Land Where the Blues Began,” in its special “Documentary Moment” edition in the Spring 2020.